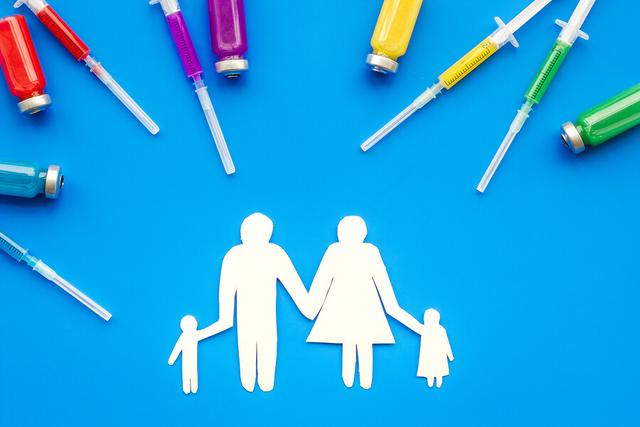 A Nevada-bred traveler & food nerd who dances & eats spinach, sometimes simultaneously. She writes from wherever her curiosity demands, and is passionate about spreading the wisdom of better health.

Protected Together: Why Vaccines Still Matter

The theme of this year’s World Immunization Week is "Protected Together, #VaccinesWork". Immunization is a simple way to protect not only you and your family, but the entire world. Indeed, the concept of “world” immunization has never been more relevant than in modern times. With the advent of cheap air travel and globalization also come changes in the migration of infectious disease. In the case of many diseases, thankfully, the risk of infection can be avoided with a global initiative to vaccinate. The World Health Organization (WHO) aims to drive home the community-wide effort required in the fight against vaccine-preventable disease, highlighting how individuals around the world work toward this goal. In the Philippines, for example, maternal and neonatal tetanus was recently eliminated thanks to the collective efforts of health workers, UNICEF and other WHO partners to promote immunization and hygienic birth practices.

Despite these successes, why such a decline in U.S. child vaccination? The trend is linked both to the false perception of autism-related risk from vaccinating as well as a sense that vaccines are no longer necessary, with cases of formerly common killers such as polio almost unheard of. Although such diseases have experienced 95% or more of a decline, single cases of vaccine-preventable diseases have still led to outbreaks and maintain their status as a threat to public health in the United States. Apart from smallpox, vaccine-preventable diseases haven't disappeared. In fact, vaccines are deemed so important by the U.S. government that vaccines are even free for children who qualify.

Why immunization still matters in the United States

Many vaccine-preventable diseases are highly contagious and overwhelm the body’s immune system. Whooping cough, for example, will infect up to 90% of unimmunised people in the same household as someone with the disease. It is not only important for babies and children to be vaccinated, but also for family members to update their boosters.

Aside from vaccine-preventable diseases having acute symptoms themselves, many, such as HPV and hepatitis B, do not stop there. HPV is directly linked to cervical cancer, which kills around 4,000 women per year. Hepatitis B, which plagues 1.4 million people, can lead to complications like liver cancer. Measles and rubella puts children at risk for complications ranging all the way from diarrhea to deafness and brain damage.

Most major vaccine-preventable disease (i.e. smallpox, measles, polio, etc.) have seen more than a 95% decrease in the rate of disease in the United States. During the 1950s, polio paralyzed or killed more than half a million people worldwide each year. That number was reduced by 99.99% around the world in 2016, with the disease currently circulating in just three countries: Afghanistan, Pakistan and Nigeria. It’s worth noting that these significant drops in disease are due primarily to vaccination, not sanitation or improved hygiene.

Some vaccinations cannot be administered until post-infancy age, making children incredibly vulnerable to highly transmissible, vaccine-preventable diseases should an outbreak occur. In 2016, measles killed about 90,000 children globally, despite being vaccine-preventable. While these numbers are a sharp decline from the past (84% from 2000 to 2016), children in all countries are at risk of contracting measles as long as a single child remains infected, driving home the importance of maintained vaccination, even in the developed world. Delaying administration of vaccines in children provides no benefit, but leaves children at risk of infection. No science-backed evidence exists to support claims that vaccines are linked to autism, and the gains public health made via vaccination in the past 50 years outweigh the uncommon risks of minor and temporary side effects associated with vaccines. We hope that World Immunization Week is an opportunity to remind communities around the world of the global success brought on by public vaccination. Protect together– #VaccinesWork

Our commitment to you.

PlushCare is dedicated to providing you with accurate and trustworthy health information.

Research from sources you can trust

Which Vaccines Do Kids Need?

What Vaccines Do Kids Need It’s back to school time again and that means it may be time for your kids to get more vaccines The vaccine schedule seems to change all the time and it can be hard to keep up What vaccines do kids need Here are the...

Back to School Vaccines

NOTE Due to a lack of scientific data at this time Plush Care physicians do not prescribe ivermectin hydroxychloroquine or azithromycin other antibiotics to treat COVID 19 It’s that time of year again The back to school season is here and that may mean that it’s time for your children...

Pink Eye in Babies Toddlers Approximately 1 of all primary care visits in the U S are for pink eye Pink eye in toddlers is very common and generally not dangerous Pink eye in newborns on the other hand can be a sign of a very serious infection and can...